What Biden plans to change for immigration? 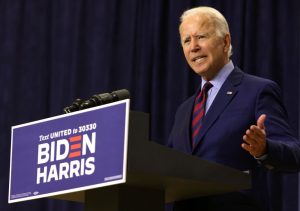 It is well known that one of Biden’s first priorities will be to adjust and reverse all the changes President Trump has made within the US Immigration system that may have been inhumane and against our nation’s values.

Some of the plans Biden has for immigration on his first 100 days of a presidency are:

Reverse Family Separation Policies: Joe Biden said he will sign an executive order to form a task force that will focus on reuniting the more than 500 immigrant children who’ve been separated from their families.

According to CNN, Lawyers have not been able to reach the parents of 545 children who had been separated from their families by US border officials between 2017 and 2018, according to a court filing last week. The filing from the Justice Department and the American Civil Liberties Union is part of an ongoing effort to identify and reunite families separated by the Trump administration, more than two years after the “zero tolerance” policy was created.

Reinstating DACA: It is expected that the Biden administration will extend protection from deportation as well as work authorization to immigrants who arrived as children and have no status. In addition, he will explore all legal options to protect their families from separation.
Reverse Public Charge Rule: Joe Biden plans to reverse the public charge, as he believes it should NOT be an immigration officer’s decision to allow one to receive government benefits. Although the rule is not a new concept and has been on the books for more than 20 years, the Trump administration is making actual use of it far more than its predecessors did.

Rescinding all the Muslim bans: The Trump Administration’s anti-Muslim ban has hurt America’s economy, betrays our values, and can serve as a powerful terrorist recruiting tool. Biden believes that prohibiting Muslims from entering the country is “morally wrong”, and there is no relevant evidence that suggests it makes our nation more secure.

End Asylum and Refugee Policies: The Trump Administration has worked to restrict access to asylum and refugee cases in the US. Those seeking asylum and refugee status are those who have been persecuted or fear they will be persecuted because of race, religion, nationality, and/or membership in a particular social group or political opinion in their home country. The United States has for years taken in tens of thousands of refugees, but under the Trump administration, admissions have reached a record low.

Biden will end these policies and restore our asylum laws so that they do what they were designed to do–protect people fleeing persecution and who cannot return home safely.

If you have any questions regarding the new administration changes Contact Us.

Make sure you look into our Facebook page for news and services we offer.