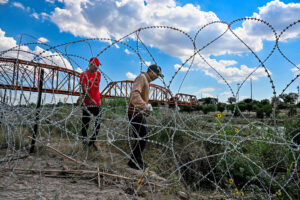 Biden has been blocked again by the Supreme Court. He and the DHS wanted to prioritize the deportation of immigrants who have committed crimes or pose a threat to public safety or the nation. This would force officials to use more specific measures before deporting someone simply for being an immigrant, and it would create more of a buffer for immigrants who were brought here as children.

The states of Texas and Louisiana sued against the motion, however, claiming that such a policy is against the law and would further burden border states with enforcement policies and expenses. Additionally, many Republicans argue that the proposed Biden policy is a ploy to let certain immigrants off the hook. Biden appealed to the Supreme Court, which proceeded to rule against him and in favor of the states, at least for the time being.

As matters stand, the US doesn’t have enough resources to deport every immigrant with illegal status. Biden was pushing to focus what resources there are on deporting those who might pose a threat or have already committed crime. The block of such a move leaves deportation largely up to the individual discretion of ICE and border officials, despite claims by the Republicans that such decisions are objective.

The Supreme Court may reopen the case come December 2022.