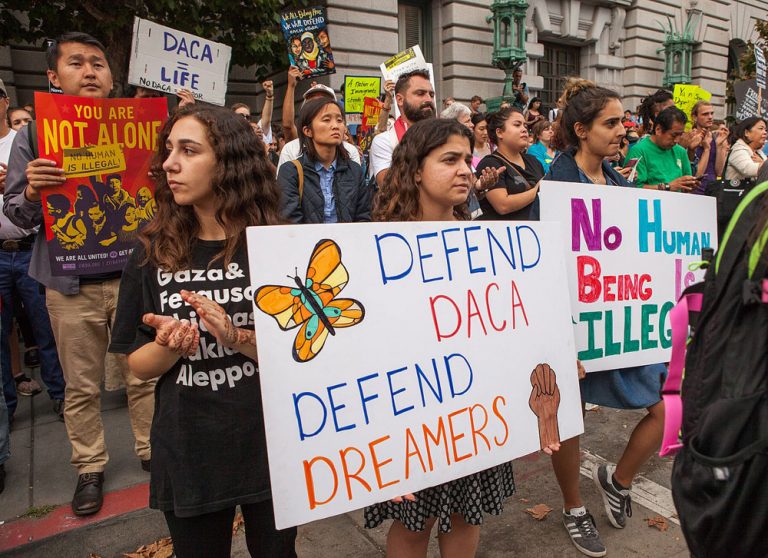 Judge Garaufis of the US District Court in Brooklyn, on December 4th, ordered the Trump administration to restore the program protecting undocumented immigrants who came to the US as children, from deportation (DACA).

This order builds on Judge Garaufis’ November ruling where he found that Chad Wolf was not legally serving as acting Homeland Security secretary when he signed rules limiting applications and renewals for the Deferred Action for Childhood Arrivals program.

Garaufis’ Friday order calls for DHS to publicly provide notice that it will accept new applications and return to two-year renewals.

Garaufis wrote: “DHS is DIRECTED to post a public notice, within 3 calendar days of this Order, to be displayed prominently on its website and on the websites of all other relevant agencies, that it is accepting first-time requests for consideration of deferred action under DACA, renewal requests, and advance parole requests, based on the terms of the DACA program prior to September 5, 2017, and in accordance with this court’s Memorandum & Order of November 14, 2020,”.

Former Democratic President Barack Obama introduced the DACA program in 2012. He set it up to help more than 10 million immigrants who as young people entered the US illegally or overstayed a visa.

The Trump administration tried ending DACA in 2017, but the US Supreme Court blocked its attempt last June. In light of the Supreme Court’s ruling, Wolf issued a memo in July saying that new applications for DACA would not be accepted and renewals would be limited to one year instead of two amid an ongoing review. The memo had sought to buy time while the administration decided its next steps.

However, with this order and the end of the Trump administration, we are looking forward to have more good news like this one to the immigrant community.

Here is Abogado Ernesto explaining some things about this amazing news:

If you have questions or any immigration issues, Contact Us. You can also message us on Facebook.