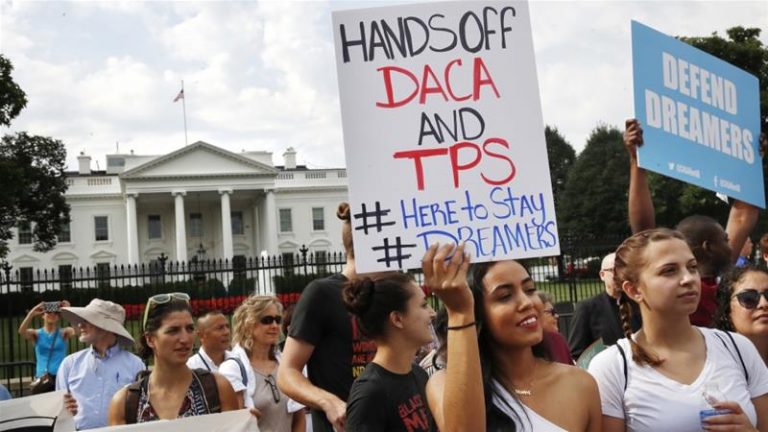 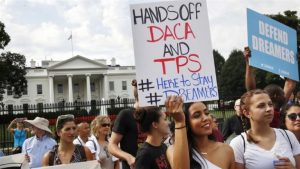 The Department of Homeland Security, announced: The Trump administration will not accept new applications for the DACA program, which shields from deportation certain undocumented immigrants who came to the U.S. as children. They have not accepted new applications since 2017, but it has allowed current holders to renew their status in two-year intervals. They announced those renewals will continue, but only for a one-year interval.
The announcement, which comes more than a month after the Supreme Court blocked President Donald Trump’s attempt to end the Deferred Action for Childhood Arrivals program, seems intended to buy time while the administration decides its next steps.

Every few days, the White House apparently adopts and then abandons a new strategy. Last week, speaking with reporters at the White House, Trump said: “We are going to make DACA happy and the DACA people and representatives happy, and we’re also going to end up with a fantastic merit-based immigration system.”

However, a court has already ordered the administration to start accepting new applications for the DACA program.
California’s attorney general, Xavier Becerra, was quick to criticize the announcement: “The courts have spoken: DACA is in full effect, including for new applications. We are ready if the Trump administration tries to block or dismantle the program. We know what it takes to defend DACA — we’ve done it before and we’ll do it again if necessary.”

The American Civil Liberties Union, which has challenged the Trump administration in court on DACA, also released a statement condemning the announcement. Andrea Flores, deputy director of immigration policy for the ACLU, pointed out that the majority of voters, including the majority of Trump voters, support DACA.