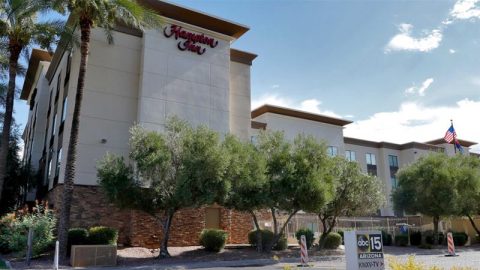 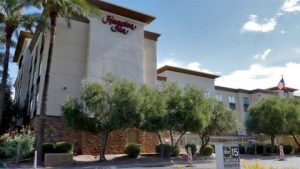 The Trump administration has increased its use of hotels to detain immigrant children before expelling them from the United States during the coronavirus pandemic. Federal authorities said they detained 577 unaccompanied children through the end of July, up from 240 in April, May, and June.

Immigrant attorneys and human-rights advocates warn that it might put kids in danger, ‘’no one has eyes on them, there is much room for abuse and/or neglect’’ – said Neha Desai, an attorney of The National Center for Youth Law.

Immigrant children were given only 10 minutes a day and it was a monitored speaker-phone call. However, in July some attorneys in Texas went to one of the hotels and raised a banner with their phone number for immigrants to seek help, but on their windows, they showed written messages saying they did not have access to phone calls.

The Texas Civil Rights Project says no one detained inside the hotel called them, but some parents saw news stories about the protest and reached out about their missing children.

ICE says its contract with MVM Inc., the private security company involved in child care in hotels, requires that individuals be provided access to phones while detained and that there are no limits on the number of calls detainees are able to make. Also, they aren’t allowed to go outside, younger children may sometimes play in enclosed pool areas for short supervised periods, but generally, residents have little to no access to recreation, education, and therapy/counseling.

After the ACLU and the Texas Civil Rights Project filed a lawsuit against the federal government over the children detained in the McAllen hotel, officials agreed to transfer the remaining unaccompanied minors who’d been held there to the Office of Refugee Resettlement shelters. But other hotels are still being used to detain migrants, according to court records.

In a court filing last month, Mellissa Harper, an ICE official, described sanitary supplies, backpacks, and clothes that are provided to kids. Three hot meals are provided daily, she said, in addition to snacks and water. ‘’They have a warm bed, they have food, they’re able to moderate the temperature to their liking, they’ve got television, they’ve got video games, they’ve got other things to keep them occupied for what is a short period of time before they get expelled.’’

The larger issue, advocates say, isn’t just that children are being detained in hotels, but that many of them are being swiftly kicked out of the United States.

“We never want children held in hotels in secret without the proper supervision, but the even bigger concern is that they are expelled without hearings,” says attorney Lee Gelernt of the ACLU. “That would be a problem regardless of where they are held in the interim.”