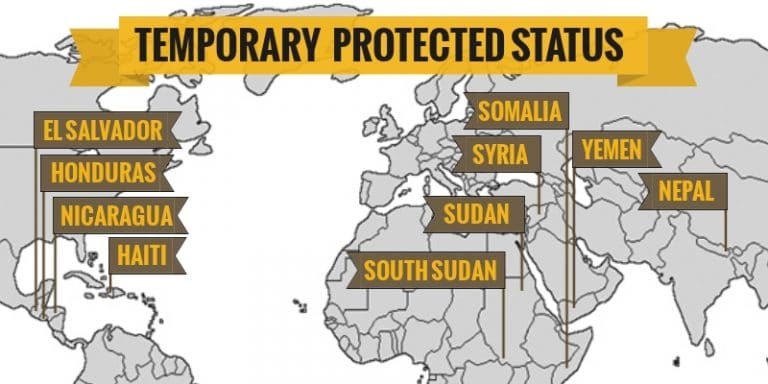 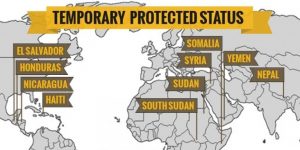 The Temporary Protected Status (TPS), granted by the Department of Homeland Security, is a temporary status given to eligible nationals of designated countries who are present in the United States. The status, afforded to nationals from some countries affected by armed conflict or natural disaster, allows them to live and work in the United States for limited times. Currently (as of February 2020), the following countries have TPS:

Who is eligible for TPS?

In order to qualify for TPS, an individual must:

Nationals of a designated country do not automatically receive TPS, but instead must register during a specific registration period and pay significant fees. In addition, an individual’s immigration status at the time of application for TPS has no effect on one’s eligibility, nor does the previous issuance of an order of removal.

What is happening to TPS now?

On Sept. 14, the Ninth U.S. Circuit of Appeals lifted a preliminary injunction that temporarily blocked the Trump Administration’s efforts to end the program for certain countries, including El Salvador, Nicaragua, Haiti, and Sudan.

The Trump administration argued that this benefit should end as countries that had suffered some kind of natural disaster or conflict had already recovered. Though the program never promises citizenship, as stated by its name, advocates argue that beneficiaries have settled in the United States and lived in this country for more than two decades, paying application fees and taxes.

One of the plaintiffs’ attorneys for the Ramos v. Nielsen case, Ahilan Arulanantham from the American Civil Liberties Union of Southern California, told Mission Local that he plans to appeal the Sept. 14 ruling. A three-judge panel delivered the opinion, and he is submitting paperwork soon to have the whole Ninth Circuit rehear it. If that fails, he plans to take the case to the U.S. Supreme Court. . Arulanantham said he advises TPS holders to find alternate pathways to permanent residency; As a result of some legal decisions in California, TPS holders may now enter citizenship proceedings through a family member or spouse, which had not been previously allowed in years past, he said.